We won our first match in the group stage against Christchurch school by 81 points. Our second match was against Bowerhill and we also won, although not by as many points. Our team made 8 catches, which took away 40 of their points, and Thomas hit 3 wickets. Our final group stage match was against Aloeric, who we beat by about 25 points, with Sam and Dan hitting 2 wickets. We made a lot of amazing catches.

After coming top of our group we qualified for the semi-finals, playing against St John's. We were losing by about 20 runs when the two Jaspers came in and hit two 6s and a single just before the end of the over, resulting in us winning by 3 runs!

We made it to the finals, to play against our rivals, Christchurch, who batted first. We had to score 260 points to beat them and most of us thought we would lose, but we all worked really hard, with Thomas hitting four 6s and Jasper hitting 2 6s. We all gathered round at the end, when it was announced that we had a total of 273 runs to Christchurch's 260. We had won the whole tournament undefeated !

by James H and Jacob M

On 22nd May Fitzmaurice Primary School KS2 swimming team went to an inter-schools swimming gala at Bradford on Avon swimming pool. It was a long and difficult competition and unfortunately we did not get through to next round. Whilst the Y3/4 team did come first overall in their races and the Y5/6 team came a very close second, sadly it was only the Y5/6 score that counted to get to the next round. Well done to all the people that competed and a big thank you to the adults that helped organise the event.

On Monday 20th May, we took part in a Quad Kids athletics competition at Bath University. In Quad Kids there are four different events: Vortex, 75m sprint, standing long jump and a 600m long distance run. In the Vortex event, everyone from Fitz threw their furthest throws, but the furthest throw for the boys was from Thomas with 38m and for the girls it was Amelia with 19m. Next, it was the 75m sprint. There were 8 people in each race, including 2 people who were from Fitzmaurice. We all ran our fastest, but Dan won his race. Then it was standing long jump. Everyone tried their hardest and the furthest jump for the boys was Thomas with 1.92m and for the girls it was Olivia with 1.78m. Our last event was the 600m long distance and everybody did their very best. At the end we competed in a relay for fun and Fitzmaurice won. Overall we are very proud to announce we came in 1st place. 2nd was Bitham Brook and 3rd place was Christ Church. We will now compete in the next stage of the competition at Marlborough College on the 10th July.

– Written by Olivia and Amelia 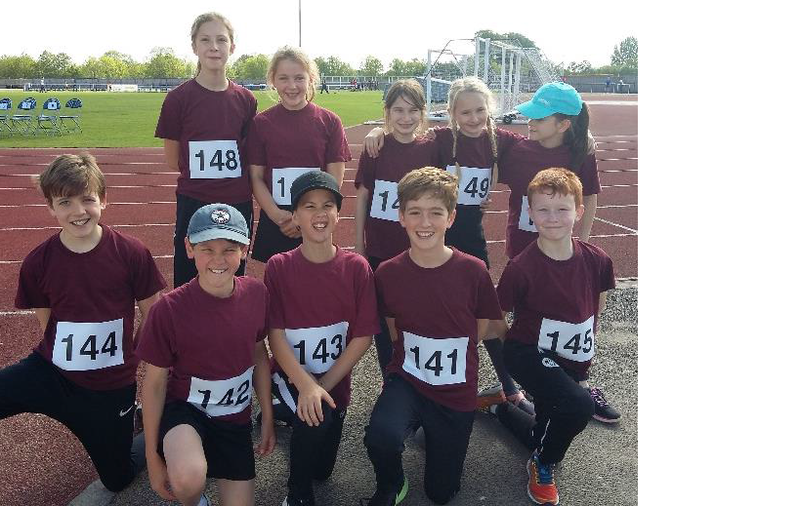 The Fitzmaurice Girls Football team took part in their first football tournament last Wednesday. 40 girls in total, from Fitzmaurice, Christchurch and Winsley schools, took part and it was a brilliant success. Their coach Kathyrn McGuire said of the Fitz team: "It was the girl’s first experience on grass and they played really well. I saw them really grow in confidence as they progressed through the matches and tournament. They showed perseverance, played well as a team, put all the skills they had learnt into practice, and scored some great goals! They were brilliantly well behaved and they were a credit representing Fitzmaurice school". Well done from us all at Fitzmaurice.

– Written by Olivia and Niamh. 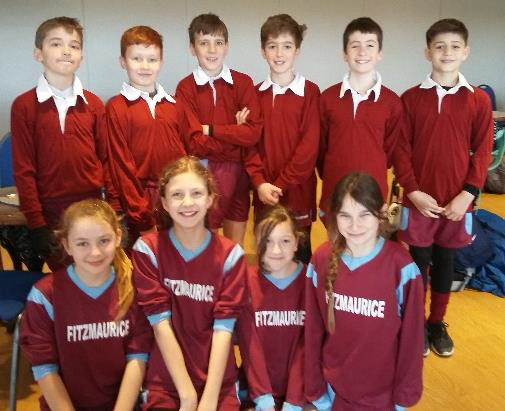 Fitzmaurice A team have practiced for months and all their hard work paid off on Wednesday 27th March when they went to the West-Wiltshire Netball finals and WON! There were 10 teams and for the first section the teams were split into two groups. We had to play everyone in the group and the top two teams from each of the group went through to the semi-finals. We were top of our first group so we went through. There were 4 teams left and we won all our games which means we are now West-Wiltshire Champions 2019. We will soon be going to the Wiltshire finals, on May 30th.

We are very proud of our achievement and so is Miss Blake.

Written by Charlotte and Iris. 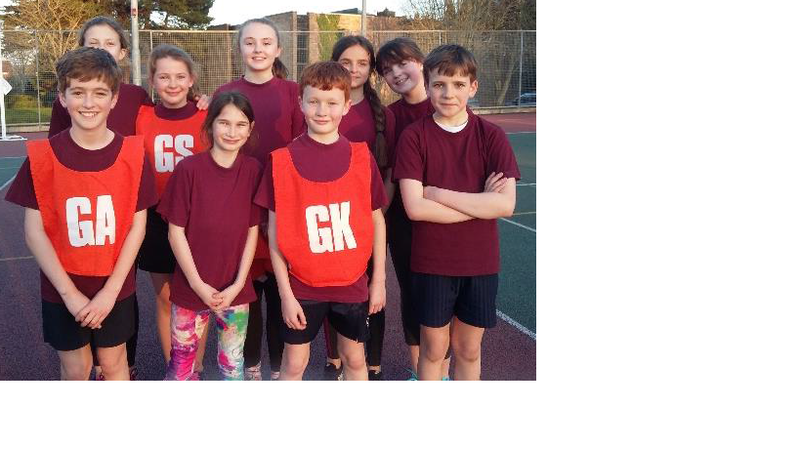 On Thursday the 14th March, the Fitz netball teams competed in a tournament against Christchurch and Winsley. All teams tried their best and worked well in a team; we all had so much fun and it was an amazing opportunity for us. By the end, Fitz A team and Winsley passed to the next tournament which will take place at Kingdown School on the 27th March and we are all very excited. A big thanks to the teachers/TA’s that helped; Mrs Hatcher, Anna and most of all Miss Blake. We couldn’t have done it without them.

Written by Natalia, Amelia and Thomas. 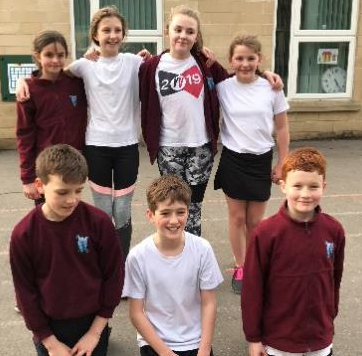 On 12th February a group of 29 children took part in the West Wiltshire Dance Festival. 18 schools danced on the night and 100 pupils will have participated over 3 nights and had an experience of a lifetime, like we have. All the dancers were amazing (but Fitz were the best!) Our quotes from the evening are:

"The bright lights were shining on me as I danced, it was such an amazing feeling!" - Beth

"It was such an honour to perform on such an amazing stage with such amazing people!" - Sofia

We would like to say thank you to Miss Blake who arranged the club and Liz Vaughton who choreographed the dance. 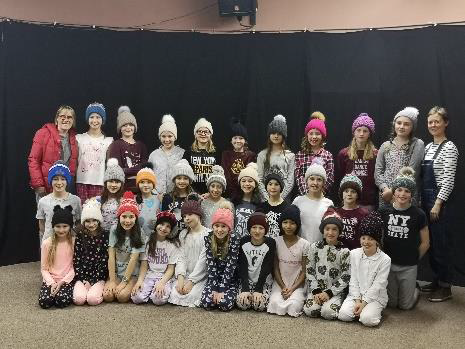 On Monday 3rd December, the Fitzmaurice football team went to Kingdown school to play a tournament consisting of 6, 10 minute matches. In our first match we played Bitham Brook Primary School and we won 3-1. The scorers of the match were Clem who scored twice and Dan. In the second game we played The Grove and won 3-2. It was a very close match. The scorers of this match were Clem, Dan (penalty) and Thomas. The next game we played Aloeric and lost 2-0, Unfortunately they were an amazing team and had won the tournament the year before. The fourth game we played Holt and had a tiny bit more luck but still lost 1-0.

In the fifth and final game we played The Avenue and drew 1-1. The scorer of the match was Dan. Our team was amazing and can I say thank you to the whole team, not just the scorers. This wouldn’t have happed without the organisation of Mr Tozer and Miss Blake.

On Tuesday 20th November, the Fitz Football team left school to play in the friendly tournament at Christchurch. There was Christchurch, Winsley, Westwood and Fitzmaurice at the tournament.

Our first game was against Westwood, it was tough but we managed to score with a right-footed finish from Clem into the bottom corner.

Our second game was against the hosts, Christchurch. They were lucky to take the lead in the first minute with a breakaway goal. Luckily, later on, Thomas made the scores equal with a right-footed volley to end the game 1-1.

Our third and final game was against the unbeaten Winsley. The game was tense but late on Winsley scored as the goal scorer was too quick for our defence and the game ended 1-0 to Winsley.

The tournament ended with a win, a draw and a loss. We look forward to our next game as a team.

By Jos and Jasper

On Monday 15th October 2018, KS2 went to Stonar School to compete in a cross country race. There were 4 categories:

goals (despite the weather). We hope to go again next year.

By Seryn, Megan and Niamh